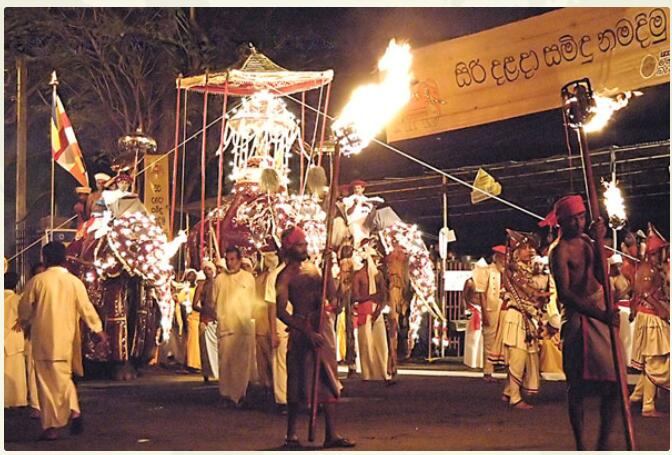 Short for LKA by abbreviationfinder, Sri Lanka is a country that offers great contrasts. Here you will find long white sandy beaches, tropical rainforest and high mountain ranges. You will find millennial cities and in the forests there are opportunities to see elephant and leopard. According to countryaah, the country’s position in Asia as an important producer and exporter of tea is clearly visible when you visit the mountainous area of ​​the central parts. No wonder the British have had a keen interest in this island kingdom throughout history. 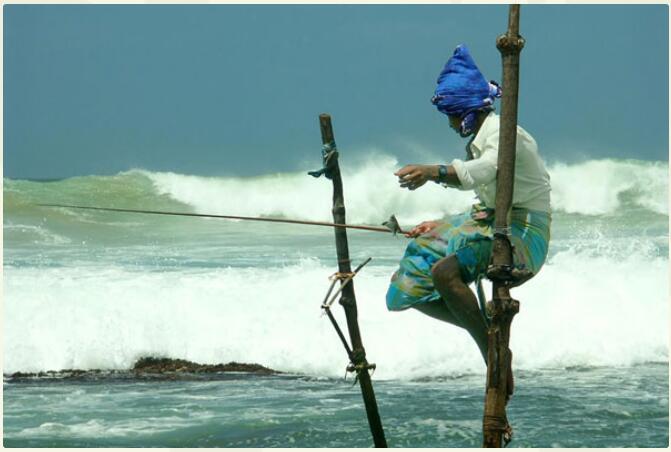 You will be met on arrival by our local representative from & Beyond for transportation to the hotel.

Day 3 Colombo – Trincomalee
After breakfast transfer to the airport for flight to Trincomalee. (c: a 1 tim). On arrival transfer to Jungle Beach, Trincomalee. Jungle Beach is located in the small coastal village of Kuchchaveli on the outskirts of Trincomalee, on the east coast of Sri Lanka. Its 48 luxury villas in modern design are made of domestic materials to blend into the jungle and in harmony with nature.

Early morning, dolphin and whale watching in Trincomalee. Excursion is made with a charter boat where you come out to sea in search of dolphins and whales. Together with Mirissa in the south, Trincomalee on the island’s east coast is one of two places where you can see Blue Whales. The deep waters around Trincomalee’s natural harbor can result in visits by Blue Whales which come very close to land and can sometimes be seen from a lookout point on Swami Rock. Groups of hundreds of Spinner dolphins can also appear in the mornings during this period, while Sperm whales have been seen around March-April in recent years. After whale watching, rest and relaxation in the hotel.

Spend the rest of the days in Trincomalee relaxing on the beach.

After breakfast, transfer to Sigiriya (approx. 3 hours drive). On the way you visit the beautiful Dambulla Cave Temple, the largest cave monastery in the country with a history dating back to the 1st century BC.

Dambulla Cave Temple
Dambulla is famous for its cave paintings and is among the best preserved temple caves in Sri Lanka. There are about 150 Buddha statues, over 2000 square meters of painted walls and ceilings in a complex of five separate caves that also contain some Hindu deities. Dambulla’s origins as a place of worship date back to King Valagamba in the 1st century BC, who took refuge in these caves when he was driven away from Anuradhapura by Chola invaders. When he regained the throne, the king transformed the interior of caves into magnificent cave temples. More paintings and statues were added by later kings. One of the most notable changes was made by King Nissanka Malla, who gilded the cave interior and named it “Ran Giri” or “Golden Rock ‘Temple. After your visit to Dambulla Cave Temple.

Depart early in the morning to reach the top of the awe-inspiring Sigiriya Rock Fortress (about half an hour) which was King Kashyapa’s castle. Sigiriya Rock Fortress also known as “The Lion Rock” by the locals. Sigiriya became the capital of King Kashyapa in the 5th century. After killing his own father, King Dhatusena of Anuradhapura takes over the throne but fears an attack from the rightful heir Moggallana. The king constructed his castle on top of this 200 meter high cliff as a fortress for his own protection. In 495, Moggallana returns from exile and defeats the King to re-establish Anuradhapura as its capital. Sigiriya was then used as a Buddhist monastery until the 15th century before it was mysteriously abandoned.
In the afternoon you take a Jeep to Minneriya or Kaudulla National Park for an elephant safari (approx. 45 minutes by car). The collection of elephants, which is ranked among the world’s foremost nature experiences, runs from June to October every year. In the afternoons, about 150-200 elephants come out of the forest to the open pasture to graze by the lake at Minneriya and Kaudulla National Park. Other large animals found here include jackals, deer, cavemen and Ceylon macaque, while flocks of Stork, Spotted-billed Pelican, Asian Gap-billed Stork and Indian Cormorant are found on the shores of the lake. Gray-headed eagle and white-bellied sea eagle hover above the lake and hunt fish and other small animals. Return to the hotel for relaxation.

After breakfast, transfer to the highlands (approx. 5 hours drive). You leave the cultural triangle on the way to the central highlands. Enjoy the journey that takes you through scenic hills and valleys, waterfalls and tea plantations. Sri Lanka is one of the world’s largest exporters of tea with a history dating back to 1867 when tea was first introduced to the country. Hatton has plenty of tea plantations and factories in this picturesque countryside, providing an ideal climate for highly grown teas. Check in on Ceylon Tea Trails and enjoy the warm hospitality and fantastic service.

This morning you make an excursion among the tea plantations with a local plantation worker.
The tour will show the old tea making from ear to loaf. First you follow in the footsteps of the ancient growers and their journey through the dense jungle to look for the best slopes to grow tea. Then you get to see the tea picks in full swing with picking two leaves and a bud with skilled hands. The factory shows how to make black tea. The process is artisanal and unchanged for a century. The tour ends with a tasting of different qualities of this great brew.
The afternoon on its own.

The day is free for your own activities.

Today is a travel day. After breakfast, transfer to Galle which is located on the southern part of the island. Check in at the hotel and relax after the trip.

Spend the morning on your own. In the afternoon you will explore the Old Dutch Fort in Galle. Embark on a guided tour of Galle Fort, built by the Dutch in 1663. This Fort occupies most of the headland that forms the older part of Galle and consists of a fantastic collection of structures and cultures that go back through the centuries. Walk along the ramparts with panoramic views at sunset. The once sleepy Galle Fort is now a vibrant and vibrant area with a distinct Mediterranean feel. You can explore the narrow streets and alleys with shops, cafes, restaurants and luxury villas. The Galle Fort Mosque, the lighthouse, the Anglican and Dutch Reformed churches and the Maritime History Museum are must-see sites. Galle Fort is a UNESCO World Heritage Site.

After breakfast you travel back to Colombo which is the commercial capital of Sri Lanka. Colombo is an open and attractive city with a fascinating mix of 18th and 19th century colonial buildings and newer modern architecture. In recent years, significant renovations and restorations have been carried out in the capital. Colombo Racecourse and Independence Square are such examples of newly renovated colonial architecture. Places to see in Colombo are the Gangaramaya Temple with its eclectic mix of Sri Lankan, Thai, Indian and Chinese architecture, the Seema Malakaya Temple on Lake Beira, Independence Square, a national monument built to celebrate independence from British rule, the old Dutch the Colombo hospital built during the period when Sri Lanka was under Dutch rule and Galle Face Green.

Transfer to Bandaranaike Airport for departure